The slides will be online. You can find them under Talks.

How to reach us 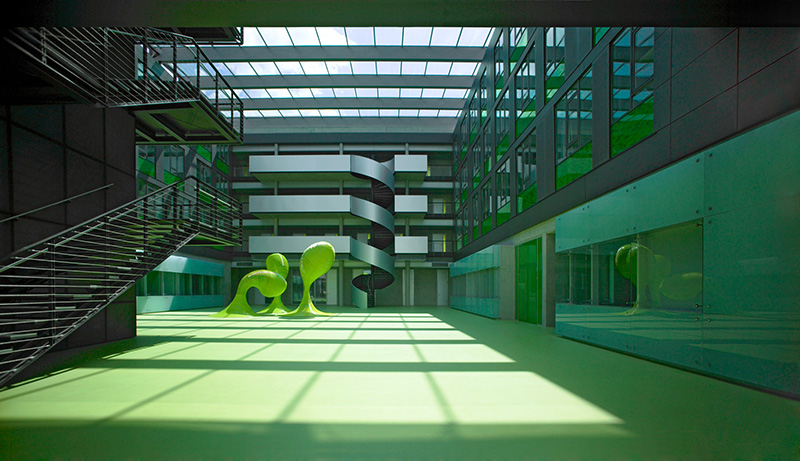 Research on iterated belief change has focused mostly on belief revision, only few papers have addressed iterated belief contraction. Most prominently, Darwiche and Pearl published seminal work on iterated belief revision the leading paradigm of which is the so-called principle of conditional preservation. In this paper, we use this principle in a thoroughly axiomatized form to develop iterated belief contraction operators for Spohn’s ranking functions. We show that it allows for setting up constructive approaches to tackling the problem of how to contract a ranking function by a proposition or a conditional, respectively, and that semantic principles can also be derived from it for the purely qualitative case.

Syllogisms and syllogistic reasoning has been the subject of research and scientific discourse for more than two millennia. Syllogisms sum quantified assertions into an overall statement, usually consisting of two premises and one conclusion. While syllogistic reasoning can be modeled by classical first-order logic in a straightforward manner, it is an open question which of the possible syllogisms are accepted as valid by human reasoners. In this talk, we present an approach that models the reasoning process with seven spaces of a set diagram. It can easily be implemented by constraint logic programming. We distinguish several assumptions that humans may make during their reasoning process, in particular that all used categories are non-empty. In contrast to pure logic-based approaches, the proposed procedure allows to represent diverse models human reasoners may follow. The results show good correlation and coincidence with psychological investigations.

The WCS Approach in the Syllogism Challenge: Reasoning Principles and their Cognitive Adequacy by Emmanuelle-Anna Dietz (Technische Universität Dresden) slides

A computational logic approach based on the Weak Completion Semantics participated at the Syllogism Challenge 2017. This approach provides a formalization of various cognitive principles and characterizes different human reasoning clusters, i.e. groups of reasoners that diverge in their conclusions. In this talk, a brief introduction of this approach is provided. After that, the adequacy of the formalization of two cognitive principles, contraposition and unknown generalization, is discussed.

A syllogism is a kind of logical argument that applies deductive reasoning to arrive at a conclusion based on two or more propositions that are asserted or assumed to be true. It was first defined by Aristotle and then investigated by psychologists over 100 years ago. Various psychological experiments have shown that participants did not always derive the classical logical valid conclusions given two syllogistic premises. Recently a new cognitive theory based on the Weak Completion Semantics has been developed and seems to give good results. A recent extension of this approach tries to identify clusters of reasoners instead of modeling the human reasoner. In this presentation, we investigate the representation of these reasoning clusters and cognitive principles by means of multinomial process tree models.

While computer-driven systems become more ubiquitous and complex, truly autonomous systems and robots will surely emerge in the near future. But this development is not without concerns, one of which is the amount of trust we can put in such systems. This is where Machine Ethics comes into play: finding ways to ensure the morality of autonomous behaviour, and how different approaches to ethical behaviour can be provided to such a system. The Trolley Problem, an important test case for Machine Ethics, is the focus of this presentation. We discuss some moral reasoners for variants of the Trolley Problem under the Weak Completion Semantics (WCS). Furthermore, we present a unified formalism for describing Trolley Problem variants and a translation algorithm into a WCS-based logic program.

Human syllogistic and conditional reasoning differs systematically from classical logical frameworks. Multiple computational theories describe these deviations based on aggregates of experimental data. We show that their description of inter-individual differences in reasoning is very limited.

Also, we show that they underperform in predicting individual human behavior. We discuss implications for cognitive modeling and future developments.

Each talk should be not more than 40 minutes long, with at least 5 minutes of the slot reserved for Q&A.

14:45 - 15:30    Reasoning and Consciousness---Teaching a Theorem Prover to let its Mind Wander by Claudia Schon and Ulrich Furbach

16:00 - 16:45    Inhomogeneity in Reasoning: A Challenge for Cognitive Modeling by Lukas Elflein

9:30 - 10:15    Iterated Contraction of Propositions and Conditionals under the Principle of Conditional Preservation by Gabriele Kern-Isberner, Tanja Bock, Kai Sauerwald, and Christoph Beierle

14:45 - 15:30    The WCS Approach in the Syllogism Challenge: Reasoning Principles and their Cognitive Adequacy by Emmanuelle-Anna Dietz