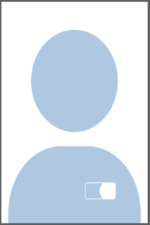 I am a research associate in Sebastian Rudolph's Computational Logic Group since July 2021.

I received my PhD (Dr. rer. nat.) and habilitation both from Leipzig University in 2012 and 2017, respectively. My habilitation thesis is titled “Abstract Dialectical Frameworks. An Analysis of their Properties and Role in Knowledge Representation and Reasoning”; its acceptance was recommended by Prof. Gerhard Brewka, Prof. Marc Denecker, and Prof. Paul E. Dunne. My PhD thesis “Default Reasoning about Actions” was supervised by Prof. Michael Thielscher and Prof. Gerhard Brewka.

From January 2018 to June 2021, I worked as a Senior Innovation Expert at compl3te GmbH in Leipzig. From May 2011 to December 2017, I was a research associate in the group of Prof. Gerhard Brewka at Leipzig University. From September 2010 to April 2011, I was a visiting researcher at The University of New South Wales in Sydney, Australia. From October 2008 to February 2011, I was a research associate and PhD student in Michael Thielscher's Computational Logic Group at TU Dresden. Before that, I obtained my B.Sc. in Computer Science and M.Sc. in Computational Logic both from the TU Dresden in 2006 and 2008, respectively.

My main research interest lies in logic-based knowledge representation and reasoning, with a special focus on non-monotonic reasoning.