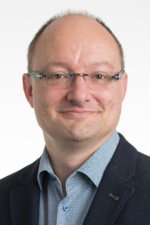 Since April 2013, I've been full professor for Computational Logic at the Institute for Artificial Intelligence at the Faculty of Computer Science at the Technische Universität Dresden, since 2021 affiliated member of the Faculty of Mathematics. My research interests comprise Artificial Intelligence, in particular Knowledge Representation and Reasoning using diverse formalisms (such as Description Logics, Existential Rules and Formal Concept Analysis) and their applications in diverse areas, for instance Semantic Technologies. I deal with problems ranging from theoretical foundations (e.g., decidability and complexity of reasoning tasks) to practical deployment (ontology modeling, interactive knowledge acquisition). In 2017, I received an ERC Consolidator Grant for investigating general principles of decidability in logic-based knowledge representation.

Before returning to Dresden, I spend the years 2006 to 2013 as a postdoctoral researcher, project leader and later Privatdozent (similar to associate professor) in Rudi Studer's Knowledge Management group at the Institute AIFB of the Karlsruhe Institute of Technology, where I obtained my habilitation in 2011. Before I had completed my PhD in Algebra and my studies for highschool teaching in mathematics, physics and computer science at the TU Dresden.