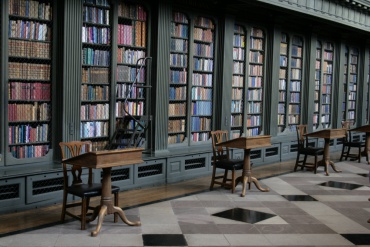 Entailment in classical logics (e.g. first-order predicate logic) is montone, that is, if a formula F follows from a set S of formulas, then F also follows from any superset of S.

Non-monotonic reasoning is concerned with entailment relations that do not satisfy monotonicity. Such relations can be used to model default assumptions (such as “delivery is free of charge unless stated otherwise”), rules with exceptions (e.g. “birds typically fly, but penguins do not fly”) or priorities between rules (e.g. federal law trumping state law).

Retrieved from "https://iccl.inf.tu-dresden.de/w/index.php?title=Nichtmonotones_Schließen/en&oldid=34904"
This page was last edited on 18 October 2021, at 11:54.
Privacy policy
About International Center for Computational Logic
Disclaimers
Accessibility