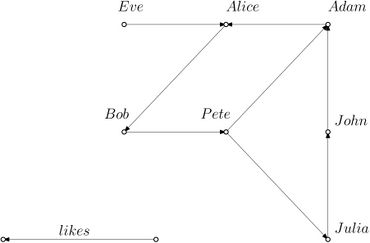 Database theory deals with a broad range of topics related to data management and data management systems. Its theoretical foundations stem from logic, most notably relational algebra, and first-order logic. It focuses, among other subjects, on the computational complexity and the expressive power of query languages. Traditionally, database theory has studied the relational model - where databases and queries can be viewed as relational structures and query evaluation boils down to finding an appropriate homomorphism between two structures. However, in recent years, one can see a steady rise of other models. The most notable example is the graph model, where structures are restricted to binary signatures and queries are lifted to regular expressions.